Overcoming dyslexia: My unique ability to see things others can’t 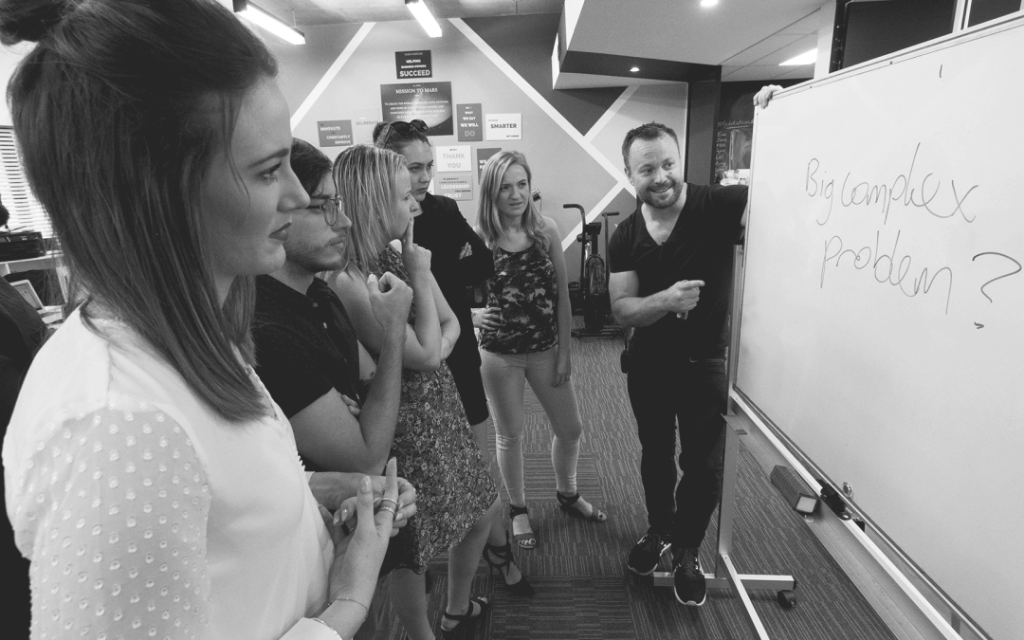 If you follow me on social media you might know that from a young age I was told I had learning disabilities and was given a couple of labels and one of them was dyslexia.

And the really interesting thing is that when I mention this in my videos and in my presentations, I literally have hundreds of people come up to me and share that they’ve also been diagnosed with dyslexia, but because of the way it’s been labelled in society, it’s shown up as a really big challenge in their life. I’m not saying it doesn’t have its challenges but I am also aware that every challenge presents an equal benefit when viewed the right way.

Some people with dyslexia can feel misunderstood, segregated and just really at a loss as to how they can move forward.

Now dyslexia is on a continuum from mild to severe and affects one’s ability to read, spell and see words, numbers and characters in a particular sequence. A page can sometimes resemble a mash of letters in no particular order. We see things differently.

For me, my personal definition of dyslexia is that I have the unique ability to look at every problem or situation differently, to see things that most people can’t, or things most people won’t, because they can’t see the things that I can because of my unique point of view.

In truth I don’t just apply my dyslexia to just words and numbers, I apply it to every area of my life because I like to see the world differently. I believe that’s one of my super powers.

But even with this point of view I still faced my fair share of challenges.

As a kid, the worst thing you could ask me to do at school was get up in front of the class and read a page or a paragraph out loud. I died a thousand deaths at the front of many classrooms with kids pointing, laughing and making fun of me and it only served to heighten my severe social anxiety.

I struggled to read. Sometimes I still do.

Because when I tried to read things that I wasn’t interested in I had no discipline to apply, I could not concentrate so I would check out. I became the class clown and was legitimately funny as fuck and could have gone pro if mum had sent me to comedy camp. I was always in trouble all the time and I was getting sent to detention almost every day without fail.

They thought I was naughty, I was a fucking angel I was just bored. 😉

Apart from the kiddy books at school, I didn’t actually read a book cover to cover until 23.

It was The Magic of Thinking Big by David J. Schwartz. The book was about the fact that we all have a choice to either see things as good or see things as bad, and it basically went into the psychology of perception. A very powerful, yet simple philosophy.

So I began reading this book and I was fascinated by the psychology. I was entrenched. I remember thinking, “Wow I can do this? I have this power?”

My level of interest just went through the roof. I was fully engaged.

And that was the very first time I correlated a level of genuine interest in a subject and success.

Because before that I would read something and I would read the same sentence over and over again, like I would get to a certain point and then I’d have to loop back to the start of the sentence.

I would be reading a line and then I would get to the next line but my brain would be trying to remember the line I had just read but couldn’t so I would have to start again. So I would read the same line sometimes 10 times before moving on, and as I would move on I would get upset because I couldn’t remember the line or paragraph I had just read. It got to the point where I thought, “This is just silly, fuck this!” so then I just wouldn’t read.

After reading The Magic of Thinking Big, and realising that I could for the first time in my life actually read, and not only could I read, but I could also comprehend, retain and understand what I was reading, I just went nuts.

I started reading everything. I would buy newspapers every day. Some days I would buy two and find the articles I was interested in and just read for the sake of reading.

It wasn’t until a few years later I ran into some struggles again. My first business had gone bad and I was in a phase of trying to figure out what I wanted to do next. I thought maybe I’ll become a stockbroker. So, I started to do a Diploma of Financial Planning and I went from going, “Oh my god I can read,” to “WTF where did it go? Oh my god I can’t read again”.

I just couldn’t retain anything. It was so analytical, dry and boring and just really not interesting but I wanted the qualification.

So that’s when I got a taste of accelerated learning and I started studying Tony Buzan – he was the guy who came up with Mind Maps, and using Mind Maps back then actually taught me how to learn something even when I wasn’t interested in the subject.

In the end I completed the Diploma of Financial Planning but I didn’t end up going for my certification because by the time I finished I realised I didn’t want to be a stockbroker afterall.

Completing the study was more than just getting a certificate, it was the early stages of me learning about finance, business, numbers and my last business failed because I didn’t know the numbers.

Nothing is ever wasted it is all a matter of perspective and I chose the ones that give me the greatest amount of power.

So here’s my advice.

It’s all a matter of perspective. Whatever the label look for the benefit and before you maybe jump on me to explain why your label has no benefit take a breath and just look for a while.

And lastly, whenever you are challenged by something big, find an even bigger reason to get it done. Take a bigger perspective.

I think it was Einstein who said, “Every situation is an opportunity depending on your mindset”.