The evolution of marketing 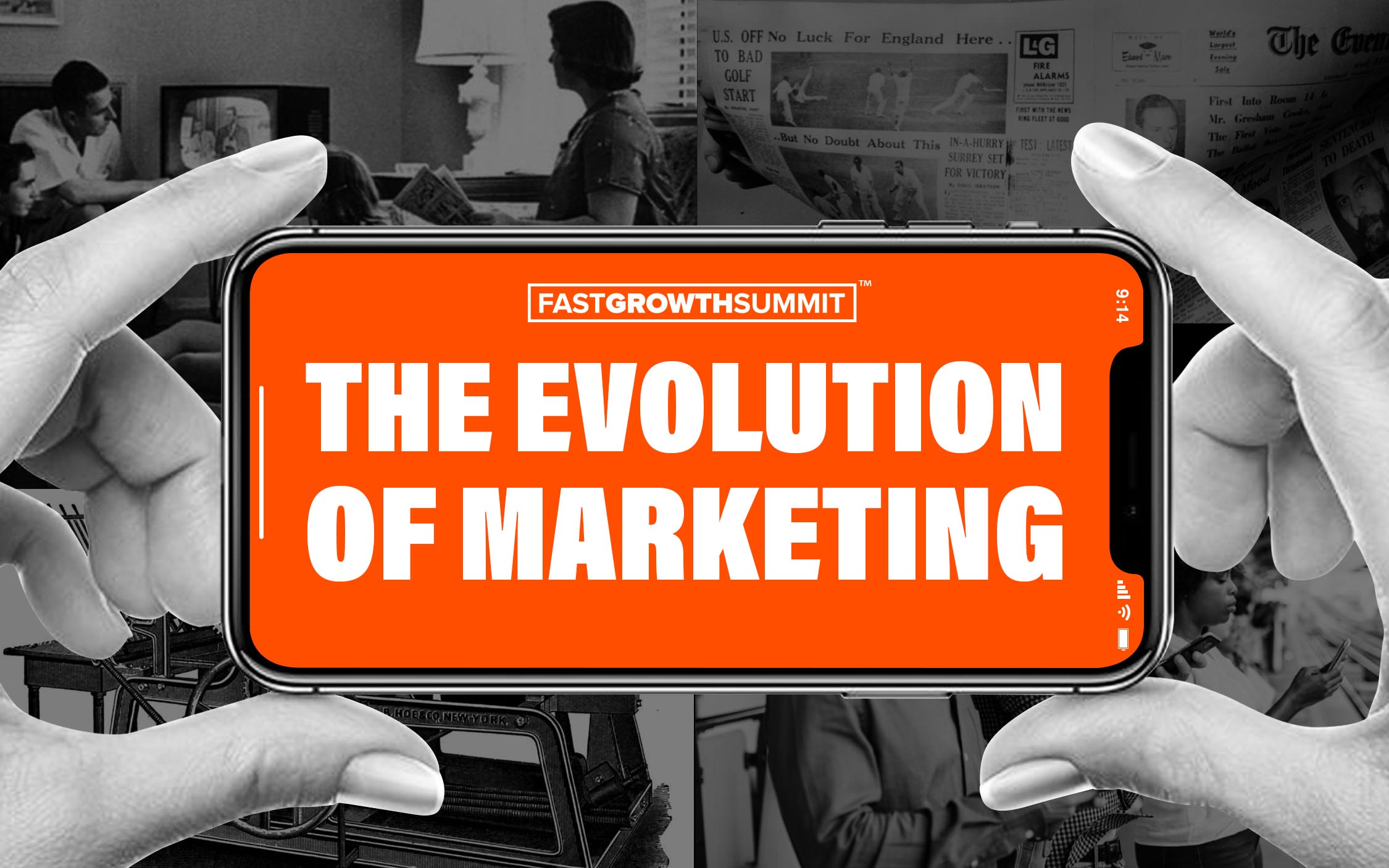 Technology moves pretty quickly, and advertisers are often right behind, ready to sink their teeth into the new opportunities it poses. Many of the once-adored platforms like Yellow Pages, magazines, and radio have fallen by the wayside as advertises take their big bucks elsewhere. For anyone dabbling in marketing, advertising, or starting their own business, you’ll want to brush up on your marketing knowledge and acquaint yourself with the technologies of yesteryear.
So, if you want to feel old real quick, let’s scroll down and reminisce on some now-extinct dinosaurs of technology.

This was when Gutenberg invented the first printing press, and retailers began handing out brochures and fliers. The printing press is generally considered to be one of the biggest world-altering inventions ever.

The odd magazine had been created in the 1600’s, but they didn’t really become popular until the early 1700’s when people became more interested in reading in general. Edward Cave coined the term “magazine” in 1731, with The Gentleman’s Magazine; he wanted it to be a general interest publication that all men could enjoy.

Marketers and advertisers caught on that putting branded posters in high-traffic areas was a super efficient way to get the word out about your company. In fact, it became so popular among marketers that London and Paris quickly had to ban putting posters on private property.

Large posters had been placed on the side of buildings for a while now, but in 1867, the first billboard for lease was made available. The first billboards were targeted at people walking or horse riding on the road, and were generally for businesses that were close by.

This is when the first radio ad aired, on NY radio station WEAF. It was an ad for the Hawthorne Apartments in Jackson Heights. Since then, advertisements have regularly interrupted radio shows with all manners of jingles.

Bulova clocks bought the first ever TV advertisement and reached around 4000 homes across America. It was a strategic placement too, right before a baseball game between the Brooklyn Dodgers and the Philadelphia Phillies.

Sales calls had been made at various times throughout history, but it wasn’t until the 80’s that telephone and database technology was sophisticated enough to take place en masse. The 80’s and 90’s saw the birth of the first call centres which was promptly followed by the Do Not Call register. AT&T paid $30,000 for a banner ad that said “Have you ever clicked your mouse right here? You will.” This became the first ever online ad. The website that hosted it was a tech site that went on to become Wired. The ad had a clickthrough rate of 44% – enormous compared to today’s 0.5%.

A Canadian platform hosted the first search engine marketing, and allowed companies to pay to be a “preferred listing”. When Google took off in the 2000’s, the first bidding/pay-per-click models emerged with Google Adwords which remains the leading Search Engine Marketing (SEM) platform.

As more and more content began to get added to the internet, early forms of Search Engine Optimisation (SEO) began to emerge. The phrase was first coined by Multimedia Marketing Group.

Personal websites had been around since the mid-90’s, but the term Weblog wasn’t used until 1997. Wanna see a jaw-dropping stat? In 1999, there were just 23 blogs on the internet. Today? Over 440 million. Nowadays people have built careers out of blogs, most companies have one, and the competition is fierce.

Social media sites like Friendster, MySpace and Facebook all had their heyday throughout the early 2000’s. As a social media platform grows in popularity, it becomes very attractive to businesses that want to get in on certain demographics. Facebook had its first ad in 2005, Twitter in 2010 and Instagram in 2013.

Technically, the first smartphone was invented in the early 90’s, but it wasn’t well into the 2000’s that they became so entrenched in society. First, we used our phone for texts and calls, then apps became a whole heap of fun, and now our entire life depends on them. Because every man and his dog has an iPhone, apps like Instagram and Snapchat were born and the way we use Facebook and Twitter changed completely. Smartphones absolutely amped up the marketing industry.

Marketers began to cotton on to the idea of native ads and sponsored content- it was a great way to leverage sites with huge platforms and create content people would be looking at anyway. Sites like Buzzfeed and Mashable that had huge audiences of young people looking for funny and interesting content, began to create sponsored content for big brands.

The most effective and least disruptive way for companies to speak to consumers, is through utility marketing, which involves making content that solves people’s problems. Whether it’s through informative and educational blogs, funny videos, or inspiring photography, this is how you get people looking at your brand without pissing them off with spammy ads. Generating leads and getting customers in the door can be frustrating as f**k. Most start-ups and small businesses turn to social media for its accessibility, but the bad news is that the whole model will be irrelevant in 3-5 years. Big changes to algorithms, businesses accounts and sponsored posts are coming, so you have a small window to get your audience before the opportunity is gone.