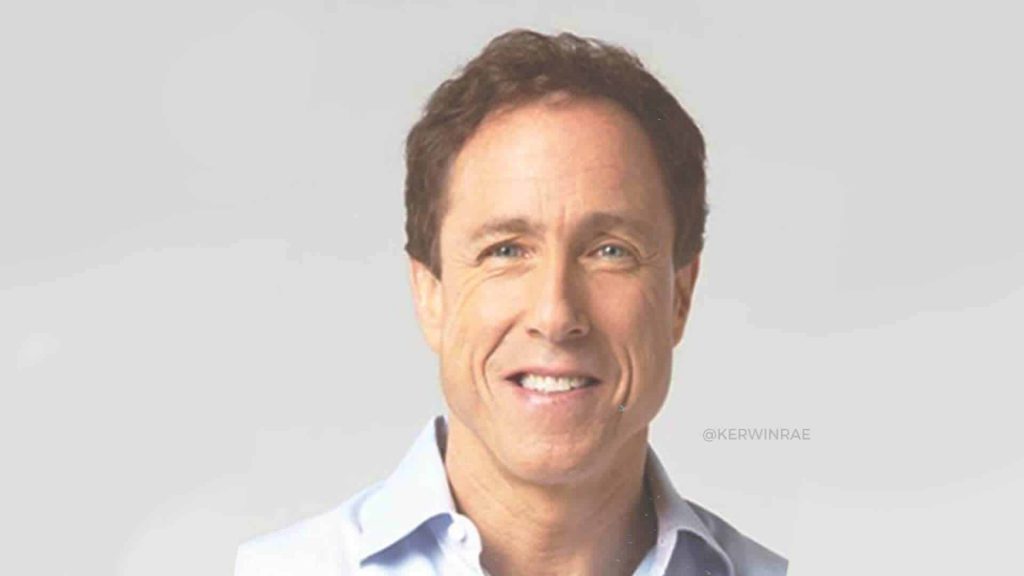 Blair Singer is an American author, and world renowned business authority when it comes to sales, leadership and personal growth.

Having trained hundreds of thousands of people all around the globe on the skills and techniques necessary to excel as a leader, speaker, facilitator, trainer, and sales person, Blair knows what he’s talking about when it comes to obtaining unparalleled growth in business and in life.

On a recent trip to Australia, Blair sat down with us to explain how we should view peak performance, what it means to be a good salesperson and leader, as well as his perspective around money and having the right team. Get out your note pad, you’re going to want to write down these tips! Over to you Blair.

TIP 1: A great leader is a great facilitator

I think the mistake people make around leadership and the reason they shy from it is they think that as a leader, they have to have all of the answers.

That’s an old idea, that comes from watching too many cowboy movies.

A great leader is a great facilitator – it’s to be able to see the expertise around you, and get other people to step up into leadership too.

As a leader, you need to be able to articulate a vision of where you’re trying to go and to steer the ship, but to know exactly what the charted course is going to be, I think that’s putting a lot of unnecessary pressure on yourself.

A good leader is a great communicator, a great facilitator and someone who can articulate a vision.

TIP 2: The pursuit of peak performance

There’s two parts to everything you do right. There’s the task that you actually accomplish, and then there’s the preparation for the task.

I think that a lot of people are more focused on completing the task than preparing for it, and to me, peak performance is the relentlessness of both sides.

Peak performance is not just something that people see, like someone winning a gold medal, it’s the preparation when nobody’s looking, it’s the sweat dripping off your face in the gym when you know it’s 5am in the morning.

It’s more of a mindset of relentless preparation and then relentlessly giving your best.

TIP 3: Mastering sales: It’s not about selling, it’s about helping

Stop using the word ‘Sales’ and instead have an intention to just try and help. Everybody wants to help somebody.

With sales, the most important thing to remember is that all you’re doing is finding out what people want and then helping them get it. That’s the first step.

The second step is to tell the truth about why you’re uncomfortable around selling, and I think that most people are uncomfortable because of fear. And its fear of rejection, fear of not being good enough and the list goes on – but that’s all stuff you can work on. Because if you’re committed, it doesn’t take long to get over the fear of what people think or anything else that’s holding you back.

The baby is selling itself on walking because it wants to, and when they finally walk they see a bicycle and they go, “Oh that would be cool,” but you know what’s going to happen next, they’re going to fall down again. They keep falling down because that’s how we learn.

But then we go to school and grow up and start making mistakes, and all of a sudden mistakes become something bad because we’re told we’re stupid or wrong, or that we’re never going to get a good job – and then what happens? We become gunshot and we’re afraid of the consequences of making a mistake.

I don’t know a three-year-old than has any problems selling – none, zero and I challenge anyone to find me a three, four or five-year-old kid who doesn’t know how to sell, I mean it’s in there, it just gets programmed out. It’s time to rehabilitate the ability.

TIP 4: Get your Team Code of Honour right

When it comes to business there’s a lot of mistakes people make but I think one of the biggest ones is that they think they can make it on their own.

Often times people think if they are strong enough they can ‘tough’ it out but I’ve never seen anyone who is truly successful doing it that way. I mean you’re going to burn yourself out. And if you’re lucky you may have a stroke of success somewhere along the way but you won’t be able to sustain it.

Because you can’t do everything and you’re not going to be good at everything. I always tell people if I’m the smartest guy on my team, my team’s got a problem.

Having a good team is critical. So how do we get the right team? You have to bring the right people into your business, and those people need to be aligned with your team code of honour.

I wrote a book actually called Team Code of Honor, which is about setting up the rules based on the values of your team.

Every great sports team, the military, the government, or religion, has a code of honor – like a 10 commandments type of thing which explains, this how we play, this is who we are, and this is what we aspire to be like.

That’s the standard you set so you don’t have just any Tom, Dick and Harry on your team.

But I always maintain that you can’t get somebody to subscribe to a set of rules that they don’t know about or they haven’t agreed to first in the first place.

Let’s say you’re going to start a business and your core values are education, love of family, integrity, you know stuff like that, teamwork- those kinds of things right, so you’re going to create a set of rules around those values, and they might be things like, never abandon a teammate in need, that we all agree to ongoing personal development education, family comes first and business second…

Now when you bring me in you’re going to say look, this is the mission of our business, this is what we’re doing, and by the way to be part of the team, these are the rules of the education code of honour that we operate by.

And you ask me if I understand this and if I’m willing to operate that way, and if I say I’m not sure, then you know that I’m not right for the team.

But the problem is most people never have that conversation when they bring in new team members, and later find that they’re not a good fit and the cracks start to show, and eventually get bigger and cause big problems for a company.

TIP 5: Change your belief around money

There’s all sorts of reasons behind our beliefs with money. It can depend on our culture, ethics, religious background, where we grew up, as well as who we grew up with.

When I was young I remember going to the grocery store with my parents and when I went to look in my father’s wallet my hand would get slapped away and I knew not to look at it.

There’s all this stuff around money but the challenge is, it’s our form of exchange.

If our relationship with money is bad it’s going to impair our ability to use it as an exchange system to get the things we need in life.

As long as the honey bee goes out there and looks for honey it’s going to do its purpose which is to cross polygyne.

And if you are holding on to fear or old beliefs around money you have to look at why?

The best way to soar past our limitations is to do the personal development that’s required to push past our own barriers. And to do that we have to have some level of awareness that there’s work to be done in the first place.

I think that most people don’t even know they have a choice in those thoughts. Nobody told them, nobody gave them any training to teach them how to stop for a second, assess and find out where that limiting thought came from.

I think they’re afraid that if they really found their true value, their true potential and they actually experienced it, I think it would freak them out.

Some people just can’t handle the success because apart of them feels they are not worthy.

If you want to stay in good physical shape then you have to eat right, get some exercise on a regular basis and do the right things for your body, and your mind is the same.

You have to push yourself to grow by studying personal development, doing programs, and reading books in order to move past your limitations. And there’s all sorts of things you can do from goal setting to affirmation work, to getting a coach or even seeing a healer or health practitioner.

So I think you just have to look at what you’re DNA naturally attracts you to.

Do I have a mission? I think these things change all the time but at this stage in my career I’m pretty clear that my job here – the job of the Blair Singer Training Academy is to improve the quality of life for everybody in the world.

The way we learn in school does not transform people’s lives in the way I’m talking about so over the last 8-10 years my main focus has been to teach people how to be world class teachers, leaders and facilitators because these amazing instructors are the ones that do go out and truly transform lives – so that is my mission now.

I think that somewhere on my tombstone, someday they’ll say – taught the world to teach – because I think that it becomes a societal responsibility that anybody who achieves success should teach it to somebody else – to teach it to the next generation – it’s what perpetuates our species, it’s what keeps us moving ahead, it’s what creates a better way of life for the people that come after us so I think that’s my mission.

You know I saw one of Kerwin’s videos about creating a legacy and I think at the end of the day, that’s what we’re here for, is to help our fellow man to have a better life, and make sure that our kids and their kids, and their kids, have a better life, and are able to be their best selves and create environments where they can be the best they can be.